$14M Won on Megabucks for One Lucky Las Vegas Man 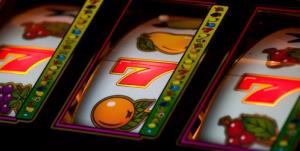 Man wins $14M and is going to give it to charity.

One lucky Las Vegas man has won $14million on Megabucks, however he is going to be the one to donate each and every penny that he won to charities across the area. He wants to do something nice with the money that he got, and this is one of the best ways that he can show that he cares. With the winnings, he could be a millionaire, he could want for nothing when it comes to being able to have the money to do so, and this is something that he is thankful for – but being able to provide others in need with items they want or need is increasingly important for him.

The Decision That He Made

The decision that he made was not without input from his family, and with heavy thinking on the subject. He said the hardest part was choosing which charity he was going to be giving the money too. He wanted to make sure that it went to a good cause, and to good people that would make the most of the money that he gave.

It took him all 5 minutes and $20 bucks to play the game and win this large jackpot. It was something that he did not expect, and he is not a regular gambler so this being one of the few times that he put his money down, it made it into a big one. He was able to walk away with a giant jackpot in the end.

Where is the money going?

The money is going to go to his local church. They have been looking for a new home, and the funds to do so and now he has the answer for them. He is going to give back to a place that has always gave to him. He is hoping that this will help them with every single thing that they need throughout the church.