A Man Was Shot at the Wetumpka’s Wind Creek Casino 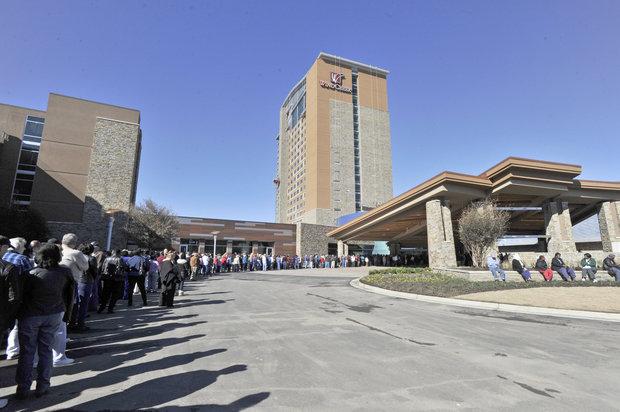 Early this past Saturday morning a man was injured by being shot while he was in the parking deck at the Wetumpka’s Wind Creek Casino sitting in his vehicle.

According to the Poarch Creek Tribal Police Department representative, the victim and the suspect knew each other.  With this knowledge it is sure to be an isolated incident.  The shooting victim was sitting in his own vehicle that was parked located on the fifth floor of the parking deck when he was shot.  After t he shooting victim was shot he then immediately drove himself to a hospital that is at this time unspecified for treatment of his wound.  The victim was later flown to the UAB Hospital by medical helicopter for further treatment.

The shooting victim’s medical condition has not yet been released to the public.

According to the Poarch Creek Tribal Police Department representative the suspect fled the scene of the shooting.

The Poarch Creek Tribal Police Department is at this time utilizing every bit of evidence at their disposal as well as the surveillance camera footage within their investigation of this shooting.  They are also expecting to be charging the suspect in the very near future.

The Poarch Creek Tribal Police Department have stated that this particular incident occurred in an isolated portion of the parking deck and at no point during this incident was any of the other patrons as well as any security ever in jeopardy.