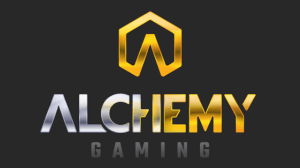 When you’re one of the leaders in the online gaming industry and a company that has been setting new standards for more than two decades, keeping your portfolio fresh is paramount.

Doing that is not an easy task, and to successfully maintain its leadership in the market, a company such as Microgaming also needs to offer new and innovative content to its partners and players.

Always on a Lookout for New Games

Now, the Isle of Man-based has announced the addition of a new name to its ever-growing list of partners. So, without any further delay, the renowned developer has proudly introduced the latest studio to have joined its network of game builders, whose goal is to bring diverse and tailor-made gaming content to the demanding market.

Alchemy Gaming brings a bit of mathematics to game developing and a team of experienced industry veterans ready to create new and exciting releases, which will be available exclusively for Microgaming partners and their customers.

Highly-motivated and driven by ambition, the team of developers working at Alchemy Gaming has promised to bring quality games, with a special focus on mechanics, graphics and features, in order to create perfect additions to Microgaming’s lineup.

According to an official announcement released by the company, the first game to be launched by the studio will be titled Wheel of Wishes. Available exclusively to Microgaming customers, the upcoming release will hit the market during the first quarter of 2020.

Featuring an Arabian-theme, the beautifully-designed debut title will bring back the WowPot progressive jackpot, joining the company’s legendary progressive jackpot network, which has so far paid out more than €1 billion in prizes!

Get ready to see genies and magic lamps on the reels, as well as massive prizes. The new game will be showcased at SiGMA2019. Once it hits the market, players will be able to play it at any Microgaming-powered online casino.

Commenting on this move, Head of Alchemy Gaming Rory Harpur explained his company’s goal was to create a distinctive gaming experience that would support the features their game had on offer. He also stated they were looking forward to the upcoming launch of their first game with Microgaming.