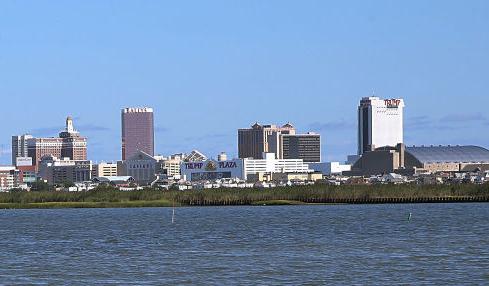 The profits are looking good for Atlantic City casinos.

Great news for surviving casinos in Atlantic City, with having profit hikes. This comes after Atlantic City lost four casinos last year by shutting down. This leaves the eight casinos left, showing great profit numbers for first quarter, with 26% increase. These figures were released by the state’s Division of Gaming Enforcement. Last year at that period profits were at $64.5 million, compared to this year with profits up to $81.3 million. This comes in a quarter, where it is common to see casinos lose money.
With four casinos gone this leaves the remaining eight, financially in better shape. “Gaming revenue is up, total revenue is up, net revenue is up, gross operating profits are up, hotel occupancy rate is up and the average room rate is up,” New Jersey Casino Control Commission chairman, Matt Levinson stated. Rates of occupancy at these hotels went up close to three percent points, and average rate went from $96.25 to $98.87 in this quarter. These figures show evidence that the majority of surviving casinos financial performance, boosted after Showboat, Atlantic Club, Trump Plaza, and Revel closed their doors.
The casino to have the largest increase, The Golden Nugget profited the amount of $4.5 million. Last year during the same period, they experienced a loss close to $1.8 million.
An increase over 82 percent, was seen with Borgata, the market leader. This brought their profits up to $38.4 million. Over 30 percent increase in profit, up to $27.6 million, for Harrah.
Even while Caesars is going through bankruptcy, they had profit increase of 143 percent. This brought the amount close to $15 million. Their sister property, Bally’s posted $4.5 million profit this year compared to $1.5 million loss last year. They are going through bankruptcy, as well.
Resorts had $1.4 million loss, but this is an improvement compared to last year by forty percent. Last year’s loss was close to $2.4 million.
Tropicana and Trump Taj Mahal were the only ones to experience profit loss.
With figures like these, Atlantic City might be on its way back to booming in the casino industry.