Cherokee Tribe Looks to Cash in on New N.C. Casino 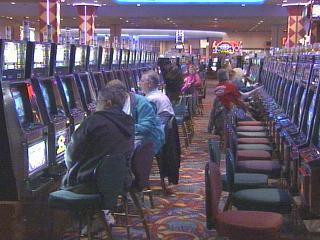 The Cherokee tribe outside in North Carolina has their sights set on bolstering their profit with another casino outside of Atlanta. While Georgia still works through litigation over casino’s being built in the area the surrounding areas are slowly accumulating the backing to finance their own resorts and casinos that will accommodate the potentially vast gambling community of Atlanta and many other southern states in the area. The Cherokee tribe already owns the 1 other casino in North Carolina which is approximately 60 miles away from their newest venture. They have hopes of funneling traffic from the old one while creating a new gambling site for those who aren’t willing to make that drive to their flagship location.

The new casino will be full of slots and black jack tables built ready to generate a significant amount of revenue in the area. The $110 million project by the tribe will hopefully be the project that turns the profit the tribe has been projecting. Having a casino so close to the Atlanta area is a luxury and will definitely bring a large community of gamblers to the site. This expansion has the potential to be a major attraction due to the bible belts lack of gambling support of the last century. As the growing number of casinos start to pop up throughout the country because of the vast monetary potential states are looking to repeal old outdated laws to accumulate access to those projected funds.

Building a casino that generates money is no easy task but the Cherokee tribe has already created sustainable success with their 1st casino resort and this venture should prove successful and will usher in a new era of gambling in the region. Opening day is planned for September 28, 2015 and will provide the Las Vegas style gambling that is missed in the southern region.