Traffic Delays Due To Grand Opening of Hollywood Casino in Jamul 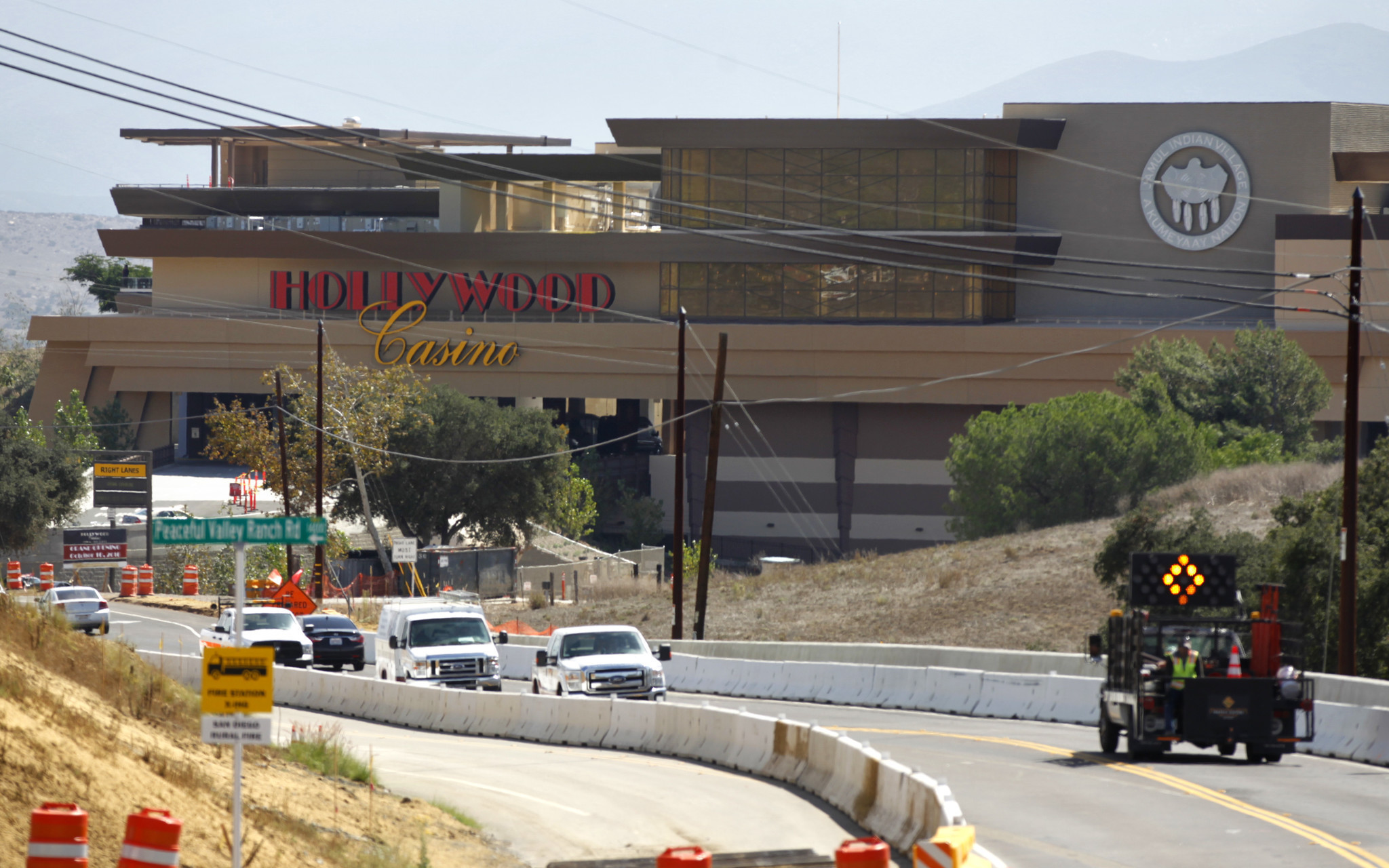 The Grand Opening for the Hollywood Casino on Monday which is now located in Jamul brought about very heavy traffic patterns to the SR-94.  With the continuance of large crowds that are to be expected all the way through the weekend.

Traffic was sighted to be at a standstill within the location of the New Hollywood Casino on Monday right after the grand opening of the casino.  California’s Highway Patrol Team cautioned drivers of the heavy traffic patterns that took place on SR – 94 as well as SR – 54 and between Honey Springs Road and SR-125.  The Highway Patrol was dispatched to these locations in order to try and relieve some of the pending traffic issues that stretched for miles within all directions of the casino.

California’s Highway Patrol also issued warnings to motorist about avoiding the area of Campo Road for 6 to 8 hours. Steel Canyon High School which is located within the area of the new casino also sent out tweets cautioning the staff as well as students about the traffic issue within the area.  According to the High School Principal Steel Canyon was profoundly impacted by the grand opening of the casino due to the fact that their busses were not able to make it into the school on Monday because of the traffic issues that it has caused.

Many parents that were frustrated by waiting in a very long line for hours in order to pick their children up from school, a trip that normally only took minutes to complete.  One of the parents stated that the trip usually took her a total of about 10 minutes actually took her over an hour on Monday.  Another parent actually was so frustrated about sitting in traffic that she pulled of the road and waited for her son to walk over a mile to her.