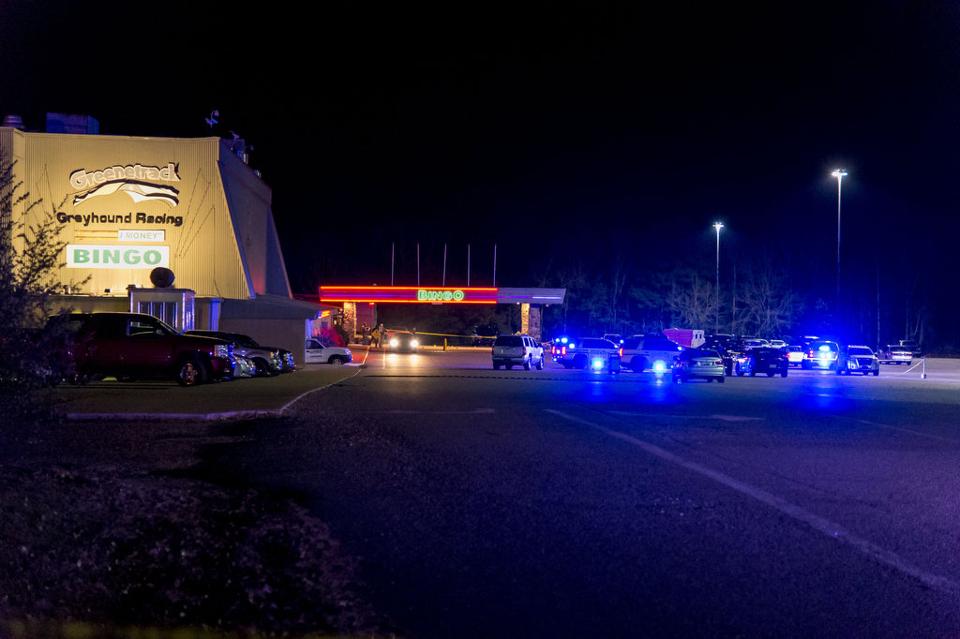 The Green County Sheriff’s Department had their hand full with working the scene of a shooting that occurred on Saturday, February 6th, 2016 at the Greentrack Bingo Casino that is located in Eutaw, Alabama.

The alleged shooter shot himself outside of the Greentrack Casino after he seriously injured one of security guards by pistol-whipping him.

A security guard that worked at the Greentrack Bingo Casino was seriously injured this past Saturday afternoon after he was pistol whipped by his own weapon inside the Greentrack Casino.

Two people were fatally injured and one person was killed in this Saturday afternoon shooting that took place at the Greentrack Casino located in Eutaw, Alabama.

This shooting occurred around 1:30 p.m. in the afternoon at the Green County Greentrack Casino, stated a Green County Sheriff’s Office reprehensive during a press conference.

It was also stated by the police department’s representative that all of the people that were involved in the shooting have been accounted for.

On Sunday, February 7th, 2016 Lt. Jeremy Rancher a Green County Sheriff confirmed that a security guard that worked in the Casino was seriously injured during this incident, and that this guard was not shot.

It was also stated that one of the suspects that was injured during this incident at the Greentrack Casino had fled the scene but was apprehended.

At this time the authorities have not released any other details that are related to this shooting that has occurred at the Greentrack Casino, and they also would not state if this shooting occurred in the commission of a robbery.

Lt. Jeremy Rancher from the Green County Sheriff’s Department stated that new information pertaining to the Greentrack shooting would be released on Monday, February 8th, 2016.