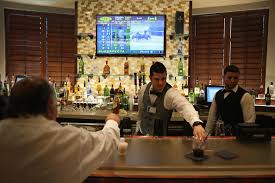 The Hialeah Casino in Hialeah, Florida was robbed at gun point this past Sunday. No one was injured during the robbery, but the suspect did run away with an undisclosed amount of cash. A lot of the specifics of the robbery were not released to the general public. A description of the suspect was not even released along with the statement.

What they did say in their statement was that the robbery did involve the one suspect, as well as an employee for the bank. This was originally an inside job from the employee that knew the times when money would be easily accessible to the person that would come in and grab it from the casino at gun point. The motive is unclear, yet the employee might have been disgruntled at the time of the robbery, which made them disclose information that they were not allowed too.

More on the Suspect

The suspect was caught on cameras during the entire incident and the police continue to do their investigation in hopes of finding not only the suspect, but the money that they took. There were also no shots fired during the robbery. The gun was just held up and used to scare the employees and anyone else inside the casino. The money was handed over in a timely manner, so that no visitor or employee was hurt during the transaction.

A lot of information about the robbery was not given out to provide the police with enough time to do a thorough investigation of the tapes during the incident, as well as question the employee. For now, they are waiting on any and all of the smaller details about the robbery until they have come up with a better idea of what happened and a motive of why the robbery took place.

With no leads, except for the employee that is in question, the police continue to ask others for their help. If they have additional information, you’re informed to tell the Hialeah police of it right away. As more information is given regarding the robbery, it will be recorded at Casino Directory.